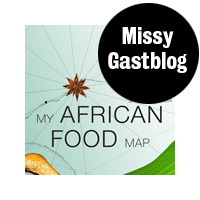 The best thing to do in this situation is to perhaps start with oneself; the “who and what” part. So: I am Tuleka and I started a project in October 2012 called “My African Food Map.”

The aim is to record popular African recipes just as they are made, by people who love to eat them, and who prepare them everyday. I select recipes that most people that I speak to mention with great enthusiasm, I take pictures/make videos/write them down and then share as extensively as possible.

The question that then follows is often, “Why are you doing it?”

I’m not on any particular mission. I am doing this because I love the African dishes I’ve tried and would like to try even more, and while I’m doing that, would like to create a decent record of it all, for others who enjoy them too and for anyone who might be interested.

The object is not to glamourise African cooking and add it to the long list of trendy eats. (If, however, that is one of the outcomes of this project, that’s okay by me. Africa as a whole could use a more favourable gaze). It’s about sharing the foods in a way that communicates their dynamic, full flavour. The dishes I have featured are the ones that people make sounds about when describing because words are no longer suitable. In short, the pictures and videos I take (like the one below) are hopefully able to give you that impression: 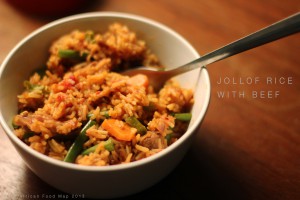 I’m looking forward to posting more stuff on here about my African food adventures in Berlin. It’s all a giant learning curve; this project and its challenges, the questions asked of me about African food in general, this guest blogging…  but I guess it is for you too. Ultimately, I hope that you find the journey as exciting and inspirational as I do.